Ely Archers managed to collect a total of 18 medals and 3 trophies at the annual Jolly Archers competition at St. Ives on Sunday 10th February 2019. This shoot incorporates the Cambridgeshire County Champs indoor shoot. This year we had a record number of 7 Ely Archers in attendance (unfortunately, illness kept Maggie and Mike Bradford away) and 5 archers came away with at least one medal.

I don’t think anyone scored a Portsmouth personal best, and most, if not all scored well below their personal bests. Although one good thing was that this year the One Leisure main hall didn’t seem as cold as previous years.

The big winners were Harry who was crowned junior gents recurve county champion and Malcolm is gents barebow county champion for 2019. This was the first time Malcolm had ever attended the competition and it was only his 4th ever archery competition.

Other wins for Ely included medals in the recurve and barebow team events as well as individual wins in the barebow and recurve single and double rounds for Alison, Rob, Daniel, Mel, Harry and Malcolm.

I’m sure we’ll all attend again next year, when hopefully even more Ely Archers will enter. 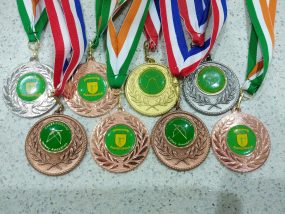 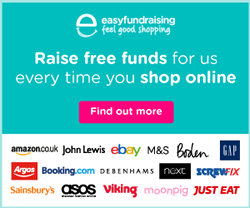 Look at this post, just to point out, this is not our club!